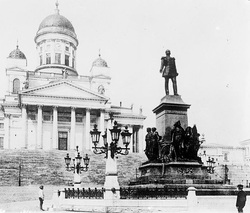 Statue to Tsar Alexander II, Helsingfors (Helsinki)
The first modern biowarriors were Scandinavians fighting for Finland’s liberation from the Russian Empire in 1916.  Four centuries of animosity, including two Russian occupations in the first half of the eighteenth century, preceded Russia’s conclusive invasion and defeat of a Swedish-Finnish army in 1809.  Finland fell under Russian rule as an autonomous Grand Duchy that was allowed to keep its own constitution and Lutheran religious identity.   Ironically, in the absence of Swedish influence, Finnish identity flourished during the nineteenth century.  In an effort to rein in Finnish  nationalism, Tsarist authorities implemented a Russification program in 1899,  shutting down local newspapers, restricting use of the Finnish language, and  drafting Finns into the Russian Army. 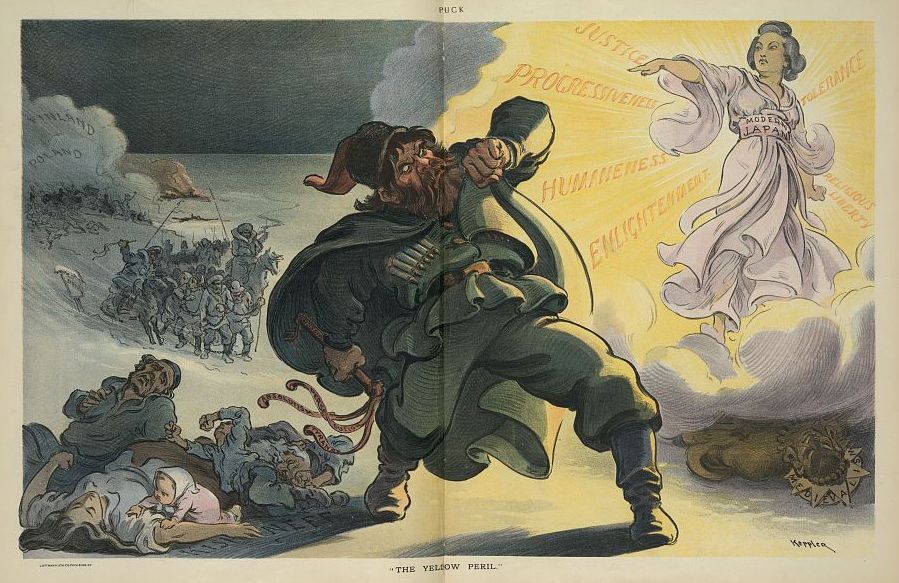 Finnish nationalism rises (near top left) in a 1904 Puck illustration of tyrannical, feudal Russia being confronted by modern Japan. 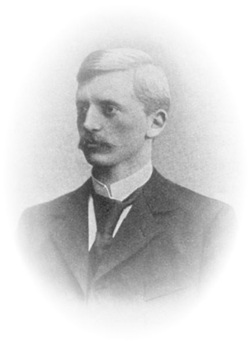 In June 1904, Russia’s oppressive governor-general, Nikolai Ivanovich Bobrikov, was gunned down on the main staircase of Helsinki’s Senate House by a young nationalist, Eugen Schauman, who promptly shot himself in the heart.  Russia allowed parliamentary elections and stopped conscripting Finns for the time being, but continued other iron-fisted measures. 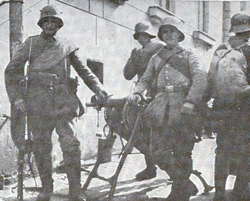